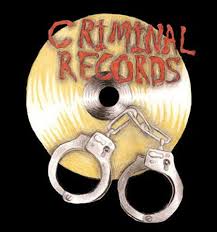 A criminal record can be a bar to certain types of employment, licensing, holding public office, and even the right to vote. Most states allow for a process called expungement that will remove certain arrests or criminal convictions from the offender’s record.

Depending upon the laws of the state in which you live and the nature of the crime, you may be able to get an arrest or conviction sealed or erased from your legal record. After the expungement process is complete, you will not need to disclose the conviction on a job or school application, and in most instances no record of the arrest or conviction will show up during a public records inspection or background check commonly done by potential employers, landlords, and educational institutions.

If a record is expunged in Illinois, the agency will destroy the record and remove all mention of the individual's name from the public record. When a record is sealed, it remains intact but is sealed, is labeled as such, and the general public will not have access to it, although law enforcement will.

In Illinois, the Criminal Identification Act allows qualifying arrests, supervisions and convictions to be

Whether a criminal record may be expunged or sealed in Illinois depends upon the entire criminal record. To request an expungement, the following information for every case must be provided:


For more information on expungement in the state of Illinois, go to the USLegal website.

Jan Hill is a certified paralegal and a freelance writer. She enjoys legal research and writing on a variety of legal topics such as personal injury law, divorce and family law, medical malpractice, and employment law.