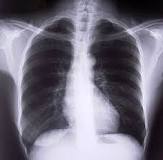 Mesothelioma is a rare form of cancer that affects the mesothelial cells of the human body. These cells form the mesothelium, the protective layers around the lungs, heart, and stomach that cushion the organs, prevent friction, and allow for free movement.

When a tumor forms in the mesothelium, it may be either benign or malignant. Malignant tumors are cancer-causing, and while these types of tumors were once relatively rare, about 2000 new cases of malignant mesothelioma are currently being diagnosed in the United States each year.

Exposure to asbestos dust is the main cause of mesothelioma, and millions of workers in the U.S., including Nevada, have been exposed to asbestos dust since the 1940s. The recent increase of mesothelioma is thought to be the result of the slow incubation period of this type of cancer, which may manifest itself approximately 30 to 50 years after exposure to asbestos. Those currently suffering from malignant mesothelioma are thought to have been exposed to asbestos during the 1960s and 1970s, before the hazards of asbestos were known. Those who worked in the shipbuilding, mining, and construction industries are considered to be the most at-risk.

Mesothelioma is considered a deadly form of cancer because most people who are diagnosed with the disease die within two years. Those who have worked around asbestos are encouraged to seek the advice of a physician, since early diagnosis may slow or even stop the spread of mesothelioma. Some common treatments for mesothelioma include surgery to remove the affected area, radiation, and chemotherapy.

According to Mesothelioma.com, there are no naturally-occurring asbestos deposits in the state of Nevada, and there have never been any asbestos industries. However, there have been over a dozen power generation plants, where workers have been exposed to friable asbestos fibers.

The Agency for Toxic Substances and Disease Registry (ATSDR) recommends certain practices to reduce the likelihood of asbestos exposure at home:

People from Nevada who are suffering from mesothelioma have the option of filing a lawsuit against their employers to compensate them for their medical expenses, pain and suffering due to the disease.

Jan Hill is a certified paralegal and a freelance writer. She enjoys legal research and writing on a variety of legal topics such as personal injury law, divorce and family law, medical malpractice, and employment law.